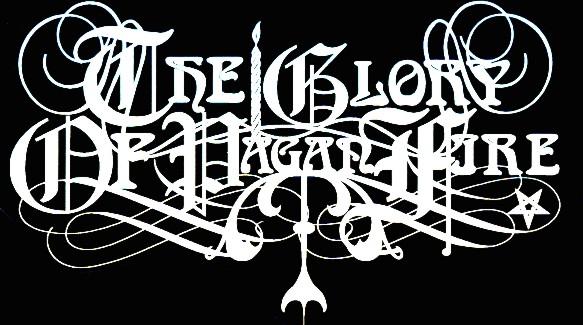 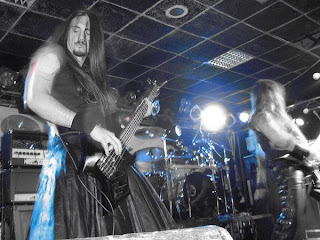 BERG:I think metal is for everyone if a woman is a good musician or she´s naturally talented loves metal i don´t understand why she couldn´t be part of the metal scene or even better the diversity can stimulate and make evolve the whole genre and finally metal women are almost always beautiful he-he!...in our case we chose to have a female voice in ELVEN because even if we partially dedicate to an extreme genre we love also melody and atmosphere and i think the female voice is naturally more related with these ad express these better the feeling we had with with lvy´s voice was almost immediate the work we´ve done till now has been always appreciated she also writes all lyrics for ELVEN and she does it in a way we love suggesting appropriate atmospheres and uses history and legend like metaphors to tell todays reality she gives the meaning of what we play that´s it and she revealed an excellent responsible for nthe band too so it´s even better right? he-he!...)
HAMMER:female singers have been widely increasing lately trying to copy or be an imitation os styles like those of nightwish or epica it´s kinda fashion well this is not case why can´t metal consider women playing or singing in a band? as to me there are women able to kick the ass of some goats sold as musicians
IVY: we are very close in and out of the band and we work both having fun and giving each other trust and respect is metal scene very sexist? I have two answers:1) people like us are not interested in this since we consider first of all ability and heart in what one´s doing I know metal girls of superior level that´s why can´t accept the sexist question: 2) the opposite consideration is that in the last years king business has inverted the situation and right now very often a strong scenic presence and a female voice- even absolutely insignificant-over all the instruments are enough to put up bands that have really too little to say to the audience like on tv in conclusion worlds always been sexist and this will last until we give this question an importance I think music is world´s mirror somehow the mixture of genres is everywhere metal scene is part of all this so... try to say where metal was 20 years ago is ridiculous even more than impossible hey we are everywhere,boys,accept it:girls power... with love,he-he!
ILDEN:ivy´s presence in ELVEN is very important a priori the fact that she a woman it´s only an advantage because it gives us the possibility of different points of view personally,I don´t think it makes any difference whether there are women or not in other bands too because being a good musician it doesn´t depend on the sex if the metal scene is very sexist... well.I think it´s the case to think about it...

2- how is the band opinion about ancient civilizations as egypt.greece,rome, etc where the human beign had apex in culture,science and technology?is there some similitude between ancient and contemporaneous civilization in values?

HAMMER:technology´s in constant progress the only problem is that the ancient one was useful most of all to satisfy primary needs the actual one serves peoples whims
IVY:sometimes it seems that we really involved and not evolved we are robots(remember kraftwerk?) without technology 90% of the modern western tecnologized population won´t be alse to survive ancient values are forgotten for many reasons but sadly we are still good in making war
BERG:the romans were great conquerors egyptians were spiritually and mentally above others and of the greeks I really love their gods pantheon and mythology but I dont´see any point of contact between modern civilizations and those ancient and rich cultures
ILDEN:all these civilizations have been pillars of world´s history but not its definite apex,perhaps only in their age I think that now we are at our apex in culture/science/technology(even if there are big differences between the populations)as to similitudes...yes there are:rome began decadence when its politics became a receptacle of corrupted and worms...I think you´ve heard talking about berlusconi so you can see that we haven´t changed so much... 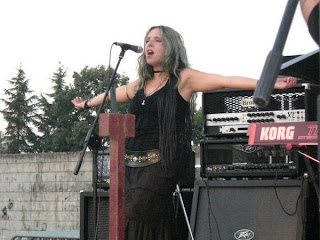 3-the band talk about folklore how do you see phantasy in the air worldwide people are living in a big lie the truth never is revealed?

IVY:who´s able to read between the lines will get truth this is also what every tale and story teaches us ins´t perhaps fantasy the mantle that covers reality?
HAMMER:it is not necessary everything to be clear and perfect to tell stories it´s never been and never will be
ILDEN:in this period indeed above all in music fantasy is generally too little if compared to the 60-70 period fortunately it´s not the rule(but the effort to make it such is big enough)there are good bands and not only bands that are able to extract a high quality situations/reality and thanks to internet they all have the possibility to bring thier estrus where they can´t do it physically

4-which age of the humanity would you like to lived?

BERG: at the time of the roman empire or at the medieval times. I could also tell you in the 900 in the 50s in chicago!
IDEN:I don´t mind our age and period even if it´s very confused and complex sometimes time ago I was thinking that it could have been cool to live perhaps during the middle ages or in ancient egypt but having studied better those periods their epic and romantic aspects become weaker considering the high level of everyday life difficulties
IVY:thracian celtic and babylonian cultures fascinate me I´m curious in specific places and cultures rather than precise moments in history itself but it could have been nice to me living also at the end of 1800 in paris
HAMMER: any age(even the present one but with more decent politics where church is absent!but also middle ages

5-would you like to change the story of some legend that you have admiration?

BERG:I would make ulysses go back home sooner and faster he-he!
IDEN:not for now I consider them nice as they are
IVY:I would have chosen a different punishment for prometheus I would have horribly cursed neptune the raper instead of his poor victim the beautiful medusa...
HAMMER: no otherwise they wouldn´t be legends but regular stories

IVY: it´s a big presumption to think that we´ve been and we always are the only ones to populate this universe as it is also to believe that our time and space are the only possible dimensions I love einstein!!)
BERG:exactly there are so many things we don´t know about that it could exist really anything it´s scientifically impossible that other forms of life do not exist...
ILDEN:absolutely the universe´s so vast I think they can exist also many of those creatures featured ion the myths or that they at least existed but urbanizing and life far from nature made us more insensible to all these things
HAMMER:I WANT TO BELIEVE! he-he! but I love this one I think belongs to s,thomas:IF I DON´T SEE I DON´T BELIEVE

7-describe in your own words what is folklore?legend?

ILDEN:folklore is a very important part of every civilization and population and forgetting it means to forget ones own past and history both the national and the personal one that one of everyday life and the ancient wisdom
BERG:legends are true stories magnified in the time folklore has clearly marked the character of the tales
HAMMER:a legend is a historical fact that passing through time becomes a myth then you put some fantasy in it and some words passed in the right/wrong way and here you have the legend folklore is the passive believing and accepting of the legend
IVY:folklore is something typical local that can express within stories,rites,exc something that still lives and repeats in that certain zone and in that certain moment legend is sometimes a literary story and sometimes a true story but we are not given the possibility to know where these two things collide and fuse in one and where they separate

8-what are the musical influences of the band?which favorite bands?

BERG:my musical influences and favorite bands/musicians are pantera,emperor,keep of kalessin,arcturus,dissection,opeth,bloodbath,morbid angel,sepultura,nile,zyklon and all together with them the giants of music pink floyd,s.r. vaughan,van halen,black sabbath
IVY:I love lots of artists so different between them some give me simply great energy(hypocrisy,emperor,nevermore,soilwork,testament,old cradle of filth,borknagar.enslaved...) some are talents I quietly and deeply admire (opeth,ayreon),others are interesting to me because of the way they write and perform their songs(my dying bride,arcturus,katatonia,faith no more,moonspell,alice in chains) my main inspirations as a singer are the unique bulgarian voices lisa gerard(dead can dance),anneke(ex-gathering),a lenox,anathema,kr. rygg(ulver/ex-arcturus),andrea nebel (hagalaz runedance),fiona apple, clannad,r.j. dio (the one and only...r.i.p),the 3rd and the mortal,blues and soul female voices too
HAMMER:for me nile and behemoth are above all other bands are keep of kalessin,watain,carpathian forest and soon...
ILDEN: I think extreme scandinavian music is basic influence here

9-how you define your music?where comes the inspiration?

BERG:it´s a melodic extreme metal mostly influenced from black and death metal inspiration is an unpredictable thing it depends on situations but for me an excellent moment to create music in my mind before creating it with my guitar is during the night when I go to sleep:silence,relax,only me and my thoughs...
IVY:the listeners will define better our genre we´ve got many different opinions and definitions on it probably because we´ve changed from dammed marsh till now and most of all now considering that the forthcoming album will be more direct and full of energy... my inspiration comes sometimes from my dreams at night sometimes from nature sometimes from literature and art but mostly from everyday life that provides so many intense stories... and from the music itself in the moment I listen to what the guys are writing in that precise moment something emerges from my mind and that´s the moment to put it in lyrics... as to singing I don´t need inspiration I simply do it because it makes me feel alive it´s like breathing I always sing if I can(even in the shower yes!)
HAMMER:brutal legend black metal D... inspiration somes spontaneous while listening to other music than yours then comes out the instinct and here we go there´s nothing planned
ILDEN:I think it´s a perfect mix of black and death metal and thanks to the continous variations and the female voice it is somehow of an easy-listening for all and not only for the purist of those styles

BERG:this way a very funny interview so I wish to thank ´the glory of pagan fire zine`for the interest in us I salute all the readers and remind them that we´re are recording our full lenght album so feel free to come and visit our myspace or reverbnation profiles and to check our blogs for updates, and to listen to the new songs of course stay metal!
HAMMER:final legend? it´s 2012 soon...be ready!!! thank you for your curiosity!
IVY:to salute you...hmm...I don´t know if you prefer me to tell you one final story or a legend or to tell you that your country fascinates us since a long time so I decide that we can leave each other with this wish we´re looking forward to meet you live to tell you our stories from the stage why not! allt he best from ELVEN! and remember fortune presents gifts not according to the book so don´t ever stop dreaming having big desires thinking positive and most of all believing in yourselves!! kisses! 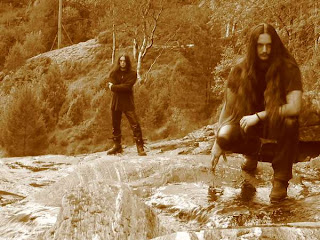